The WOM Cricket Club, best known as WOMCC in Houston Cricket Circuit, was formed in 2014 with complete support from the WOM Management to convene all cricket enthusiasts at WOM and give them an opportunity to play Cricket. The team started with just a few people playing Cricket for fun after work, but soon after the WOMCC team members worked very hard to build one of the best teams in Houston. Over the next few years, the WOMCC built a reputation by participating in premier Cricket tournaments in Houston. The team is built the on principle of fair play and taking a professional approach towards the game of cricket.

Foremost, WOMCC would like to thank WOM Management for their unconditional support throughout this journey.

With the success of the first tournament, WOMCC became a permanent member of the HTBC, performing exceedingly well across many tournaments. WOMCC established itself as one of the consistently top ranked teams in the league. Due to the reputable performance of the WOMCC, the team was invited to play for the inaugural winter league of India House Cricket Tournament (IHTC) in 2015.

The tournament consisted of 16 teams from Houston and WOMCC again, made it to the semifinals in the first tournament of a league. This proved the team can perform in any league and against any opposition. The WOMCC was now being recognized by all the other teams and league organizers as one of the teams to watch closely.

Nevertheless, the defeat only made the team more determined to become the champions of the next tournament. The WOMCC trained harder and played with even more zeal and passion to overcome the semifinals’ hurdle. Through this commitment, the team reached the finals in the winter league 2016 of India House Houston Premier League (IHHPL). This time there was no stopping the WOMCC from reaching the goal, in one of the most critical performances of the team’s journey, the WOMCC became league champions and won their first trophy. The final match was said to be an undisputable win with the WOMCC crushing their opponents at every stage of the game.

From competing with 10 teams in the first tournament to 24 teams in the last, every tournament helped grow the team’s popularity and strength.  Being champions amongst a high caliber of teams, is an accomplishment and victory the WOMCC will cherish for time to come.

It is also highly commendable that even though the team played an exceptional game, the WOMCC is recognized as “TRUE CHAMPIONS” by the other teams and organizers for the good sportsmanship conducted in the field.  New players and players from other teams have expressed their wish to join the WOMCC. The WOMCC has worked hard to be a respected team in the Houston Cricket Circuit.

After the Win, the WOMCC hosted a party to celebrate victory with current and former team members.

WOMCC team is now playing in the current tournament and are the leading team holding the championship.  WOMCC is on top of the list for the current tournament.  WOMCC and its members look forward to continuing the winning streak and creating a legacy of their own in the Houston Cricket Circuit. 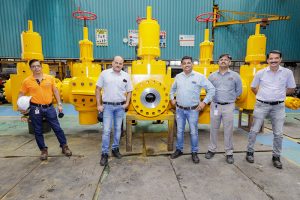 Yet another milestone achieved! WOM has successfully manufactured, tested and delivered 7” 20K 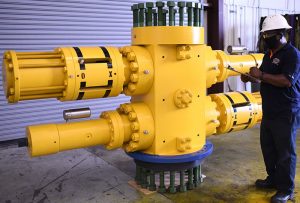 Congratulations to Helix on being selected Best Project Outcome 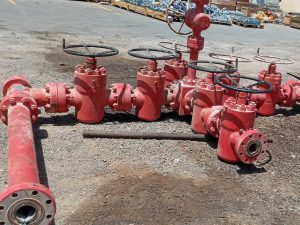 Innovation put to the test